Ethiopia, “the Roof of Africa”, is an absolutely unique and spectacular birding destination.  Ethiopia’s unique mountain topography situated in the middle of the “Horn of Africa” is not just stunningly scenic but has also produced a staggering number of endemic birds (about 30 species) found in no other country, in addition to quite a lot of birds that are most easily found in Ethiopia – especially since other countries in north-east Africa are currently considered unsafe to visit.

The list of Ethiopian endemics includes two awesome Turaco species, Ruspoli’s and White-cheeked, the striking, bizarre, and taxonomically puzzling Stresemann’s Bushcrow, and Archer’s (yabello oromia) Lark, which is sadly considered the next bird to probably go extinct in Africa.

Ethiopia is also one of the best places to see birds such as Arabian Bustard, with luck having Northern Carmine Bee-eaters riding on their backs. Ethiopia’s birds are generally easy to find, and in addition to the plethora of endemics it is not too difficult to end up with an impressive bird list of well over 500 species after a three-week trip to this country.

Our tour starts in the fascinating high-altitude city of Addis Ababa, which has a population of about 4.5 million people. Here we can already find many of Ethiopia’s more common endemics, such as the oddly proportioned Thick-billed Raven, White-collared Pigeon, the beautiful Abyssinian Longclaw, the pretty Black-headed Siskin, Abyssinian Slaty Flycatcher, Black-winged Lovebird, and others. Overnight at Gihon Hotel.

Entoto Plains to the top of the Jamma Valley

Before reaching Debre Libanos, we cross the famed Sululta Plains, which are a brilliant place to find the beautiful Spot-breasted Lapwing, the taxonomically strange Blue-winged Goose, and other endemics. We also hope to find our first Gelada (nicknamed “bleeding-heart monkey”); Chilada baboons have huge vocabularies and a complex social system.

We’ll eventually reach our well-placed accommodation, from where we will look for Egyptian Vulture, Griffon Vulture, Bearded Vulture, and other raptors as they gracefully sail by, as well as Little Rock Thrush and many other mountain birds. Overnight in Salale Hotel.

Today we enter a truly different world. We descend from dizzying heights to the Jamma River so far below us. We enter an arid land, where we look for a very different suite of birds compared to those of Debre Libanos.

In this area we’ll also continue to look for some of Ethiopia’s localized endemics such as Harwood’s Francolin, Erckel’s Francolin, White-throated Seedeater, and others. Overnight in Mana Hotel.

Among many other things today we go to dizzying heights to the Ankober Escarpment for a spectacularly localized bird, the endemic and Vulnerable Ankober Serin.

The scenery here is a lot more spectacular than our main target bird, which some people just call a “little brown job”, while others are kinder and call it a “subtly beautiful bird” – but whichever way you look at it, the bird is unlikely to dazzle you, but it certainly takes you to marvelously beautiful mountains overlooking distant valleys.

We could find other birds as well, like Verreaux’s Eagle or Bearded Vulture. Overnight in Ankober lodge or camping.

After an amazing lunch in Debre Zait, with lake view, we will drive to Awash National Park, birding the amazing Afar Plains, where a rich diversity of birds hopefully will make their appearance.

In the late afternoon we will arrive at Awash National Park. Overnight in Awash Falls lodge inside the park.

Awash is one of Ethiopia’s premier National parks, which has a rich diversity of birds as well as mammals. We’ll look for Swallow-tailed Kite, a host of Bustards including Arabian, Buff-crested, Hartlaub’s, Black-bellied, and White-bellied, Bruce’s Green Pigeon, and tons more.

At this time of year we might also enjoy migrant Common Whitethroat and White-throated Robin. As always, raptor-watching will be spectacular – we can easily find 40-50 species on our three-week tour, and many of these are in Awash National Park.

In the evening we will do a night drive, where we hope to find a number of nightjar and owl species, including Star-spotted, Slender-tailed, Plain, and Nubian Nightjars and perhaps Greyish Eagle-Owl and Northern White-faced Owl. Overnight inside Awashfalls lodge.

Birding in Awash National Park and on the Ala Dage Plains

Today we drive to the Ala Dage Plains, where we should have some fantastic bird and mammal sightings. On the plains we may come across Arabian and Kori Bustards, Somali Ostrich, and Secretarybird, with large numbers of Chestnut-bellied Sandgrouse in the area too.

We eventually arrive at our next lodge in the late afternoon. Overnight in Doho Lodge.

After some final Awash birding today we drive to Lake Langano or Hara Langano where we will spend the night. We will bird this and other lakes, among them beautiful Lake koka, Lake ziway and wetland sites of the Great Rift Valley looking for Black Crowned Crane, Collared Pratincole, African Snipe and several other shorebird species, various Tern species including Gull-billed, Lesser and African Jacanas, Fulvous Whistling Duck, African Pygmy Goose, Western Marsh Harrier, and many others.

Birding on Lake Langano and the Bishangari area

Some of the species we might find today are Black-winged Lovebird, Banded and Red-fronted Barbets, Little Weaver, and Little Rock Thrush.

Later on we may visit the grounds of another hotel for roosting Slender-tailed Nightjar and Verreaux’s and Greyish Eagle-Owls, as well as Clapperton’s Francolin.

During the afternoon we plan to visit the forest around Bishangari on the southeastern shore of the lake. The Acacia woodland bordering the road could produce Western Banded Snake Eagle, Bare-faced Go-away-bird, and Red-throated Wryneck, among others.

Noisy groups of Grey-backed Fiscal inhabit the more open areas, and Guereza can be found in tall fig trees. Overnight in Bishangari Lodge.

After further birding around the lakes we drive up the eastern escarpment of the Rift Valley to the hot springs of Wondo Genet.

On our way we may encounter Common Nightingale, White-winged Black Tit, and Grey-backed Fiscal, while in a forest patch near Wondo Genet itself we look for awesome forest birds such as Yellow-fronted Parrot, Black-winged Lovebird, Abyssinian Ground Thrush, Abyssinian Woodpecker, Brown Woodland Warbler, Narina Trogon, and Scaly-throated Honeyguide.

Also in this area we might find the massive Silvery-cheeked Hornbill, Mountain Wagtail, and the beautiful Red-shouldered Cuckooshrike. overnight in Wondo Genet Hotel.

We drive to Dinsho, which is the gateway to the fabled Bale Mountains, which reach an altitude of around 4,500 meters (more than 14,000 feet).

Interesting mammals here are Mountain Nyala, Klipspringer, Menelik’s Bushbuck, Bohor Reedbuck, and others. The days in this area are also a botanical treat, with vegetation ranging from Hagenia-dominated forest to giant Erica woods to high-altitude moorlands, sometimes with fabulous giant lobelias.

Drive to the Sanetti Plateau

As we leave Goba we soon reach nice stands of Juniper-Hagenia forest that are home to the endemic Abyssinian Woodpecker, White-backed Black Tit, Abyssinian Catbird, and Abyssinian Slaty Flycatcher, plus Abyssinian Ground Thrush.

Then we will be driving on Africa’s highest road, passing close to the summit of Ethiopia’s second highest mountain. Here on the Sanetti Plateau, an island of tundra in the tropics, the habitat is classified as “Afro-alpine moorland”, characterized by a fascinating range of unique plants, including giant lobelias, which tower like monolithic giants over the rich tussock grasslands, and extensive cushions of yellow everlasting flowers.

The grasslands are estimated to support an incredible biomass of 8,800 pounds of rodents per hectare. Amazing! This obviously attracts a rich array of raptors, and we should see Steppe and Golden Eagles, Augur Buzzard, and the elegant Pallid Harrier circling over this verdant floral sea.

They share this abundant food source with the plateau’s most celebrated resident, the Ethiopian Wolf, crowned with the unenviable title of “the world’s rarest canid.” Watching these vibrantly colored animals, most closely related to the Eurasian Wolf, exhibiting their hunting prowess while pouncing on  Giant Mole Rats (another endemic to the Sanetti Plateau) is surely among Africa’s greatest wildlife experiences.

Today we head south for the Nagele Borena area through the interesting, dry Ganale Valley. Nagele is one of Ethiopia’s great endemic hotspots, and this entire area is brimming with great birds.

With much luck we might even be able to admire Ethiopia’s true mega bird, Ruspoli’s Turaco, in this area. Overnight in Hotel Green.

Birding the Nagele Borena area and the Liben Plains

Today we will spend a full day in the Negele area seeking endemics and dry-land birds. Our main target here is the critically endangered Archer’s Lark, with not many more than 100 individuals left. We will search for it in the Liben Plains, close to Negele.

It is a long way to our next major birding destination, Yabello; therefore we drive halfway to Dilla, a lively agricultural town, via rural Aleta Wondo, for an overnight stay.

Roadside birding should be very good and will provide a number of pleasant stops, and we are expecting to add many new birds to our burgeoning list.

To many people today may be the highlight of the tour, when we first encounter Stresemann’s Bushcrow. This incredibly characterful species might be related to Middle Eastern ground jays, although its taxonomy is puzzling, and it even might not be a corvid at all.

Of course, there are a host of other awesome birds to find as well, and this area keeps us as busy as ever. Among others, we might encounter Banded Parisoma, Scaly Chatterer, Acacia Tit, Eastern Violet-backed Sunbird, Hunter’s Sunbird, the striking Magpie Starling, Juba Weaver, White-bellied Canary, Golden-breasted Bunting, the beautifully colored Purple Grenadier, and Grey-capped as well as Black-capped Social Weavers.

As always throughout this epic tour, we should stumble across a plethora of Eurasian migrants, which could include many different warblers, buntings, and all the others.

This park also contains the improbably long-necked Gerenuk, an antelope that feeds high up in trees and bushes while standing on its hind legs. A night drive might yield yet another mammalian treat, the Somali Bush baby. Overnight in green Hotel Yaballo.

We drive to Hawassa on the beautiful lake of the same name, where we visit the absolutely fascinating Awassa fish market – here an incredible plethora of Hamerkop, Marabou Stork, and Great White Pelican, as well as various larids and a multitude of others feed on the scraps within meters of people. On the lake we may find the second pelican species, Pink-backed Pelican, and Lesser Black-backed Gull.

Drive back to Addis Ababa

Last dinner at Habesha 200 and transfer to airport. 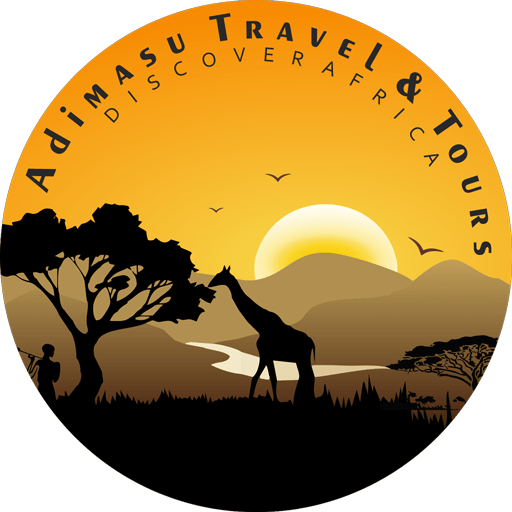